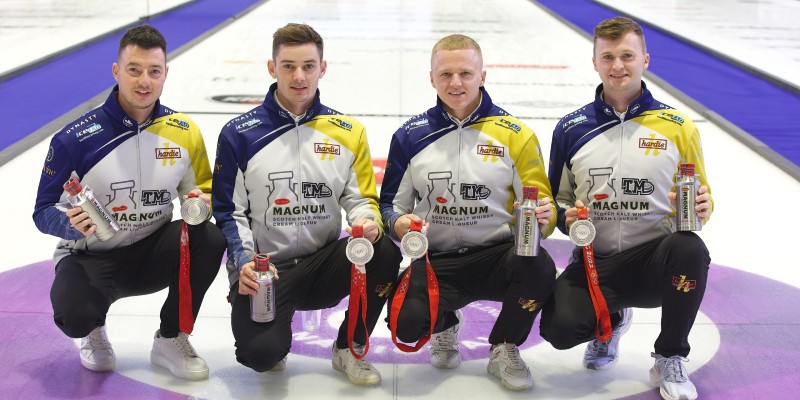 Crafted and bottled in Edinburgh, Magnum has quickly established in Ontario and Quebec since launching in Canada in 2018.

Ontario is one of the world’s largest cream liqueur markets and has a significant Scots influence, with around 18 per cent of Ontarians claiming Scots heritage.

Led by Edinburgh-born skipper, Bruce Mouat (28), the team of four men from Edinburgh, Stranraer and Dumfries, took home the silver medal at the 2022 Olympics in Beijing.

‘Team Mouat’ will be proudly wearing their new navy, white and gold shirts during every official match in Canada, featuring Magnum’s distinctive red and green logo, and flask container design.

Magnum’s provenance and credentials allowed the brand to gain market momentum and secure its position as the only scotch malt whisky cream liqueur available in Canada in under a year, making it the ideal brand partner for the Scottish men’s Olympic curling team in Canada.

“We recognised that Scotland and Canada share a passion for curling, single malt Scotch whisky and cream liqueurs, as well as Canadian-Scots heritage, so we jumped at the chance to bring these two great nations closer together by supporting our national men’s team in Canada,” Magnum Director, Lee Schofield, said.

“Magnum has now taken the crown as the only scotch malt whisky cream liqueur available in the Canadian province, making it an instantly recognisable premium brand on Team Mouat’s new shirts.”