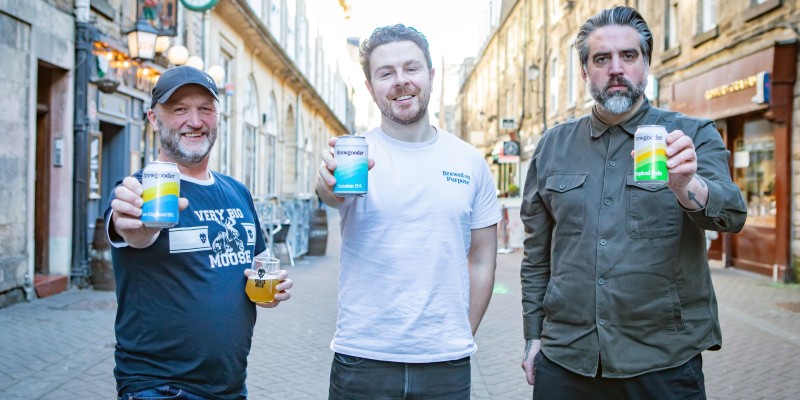 Scottish B Corp brewer Brewgooder has partnered with Scottish craft brewers Williams Brothers and Fierce Brewing to grow sales by more than 200% in 2022.

The deal will help the brewer fulfil an order book of more than £5m annually by 2024, forming part of its drive to donate one billion pints of clean water to the developing world.

Through the partnership, Brewgooder maintains its commitment to sustainable brewing, as both Alloa-based Williams Brothers and Aberdeen firm Fierce Brewing announced major investments to improve their facilities.

In September last year, Williams Brothers invested a six-figure sum into new equipment capable of canning up to 16,000 beers per hour on top of enhanced multi-packing features.

Meanwhile, Fierce is moving into a new facility that will see the brewery double capacity over the next 12 months, with space for further expansion.

Fierce has also recently installed PV panels to help power its facility, while recycling grain by sending it to farmers for feed.

The brewers’ location in central Scotland and the north east means that food miles are not an issue, as the beers need travel no more than 50 miles to reach the majority of Brewgooder’s customers.

Brewgooder Founder Alan Mahon said: “The Brewgooder message is spreading farther and wider, and we are now firmly established as the foremost purpose-led brewer in a category where consumers are increasingly demanding purpose from brands.

The partnership is expected to help Brewgooder unlock more than 100m litres of water this year.

“It’s a lovely opportunity to widen distribution and awareness of our brewing capabilities with the added glow of helping the guys help others.”