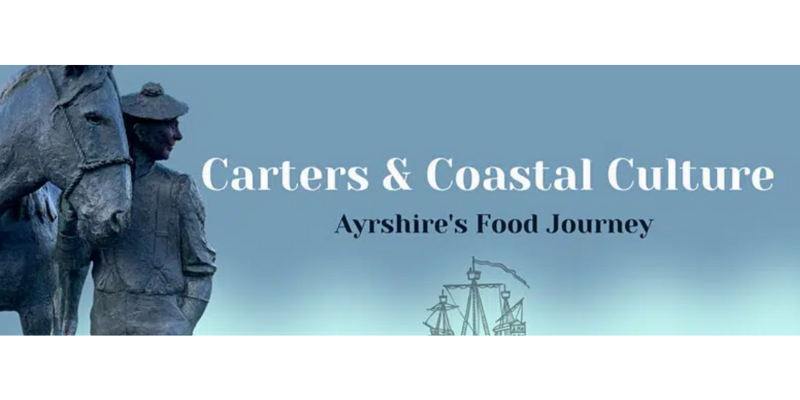 The Scottish Maritime Museum is co-hosting a new walking tour to celebrate Ayrshire’s food journey by following in the footsteps of Ayrshire’s Carters.

The new tour, called Carters and Coastal Culture – Ayrshire’s Food Journey, will take place on 12 February with two tours available, at 1am and 2pm.

Tour participants will have the chance to walk alongside an Ayrshire Carter in period costume from Tasting History Scotland as they tour Irvine Harbour, which was once a major trading port.

Participants will enjoy hearing how Carters used Clydesdale horses and carts to transport foo, drink, spices, and exotic foodstuff all over Ayrshire, the West Coast and to Glasgow, even before the Clyde was dredged and the trade centre shifted to Glasgow.

The Carters and Coastal Culture tour will also pass the Ship Inn, the oldest pub in Irvine and where Captain Brown famously told Robert Burns go to Jamaica to seek his fortune.

The tour will conclude at the Scottish Maritime Museum where everyone can explore Scotland’s ‘Cathedral of Engineering’ and learn more about Scotland’s importance to maritime history and the people that built and sailed Scottish ships around the world.