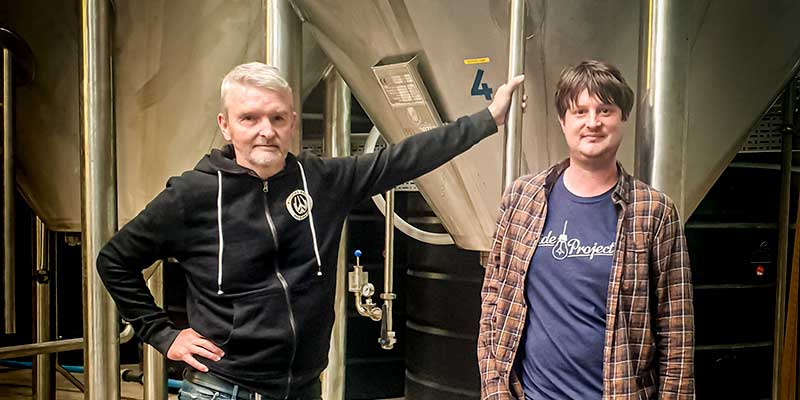 Alloa-based Williams Bros was named Brewery of the Year prize at the recent Scottish Beer Awards, also winning a barrel load of medals for individual beers from its range.

Scott Williams, managing director and founder of the brewery, said: “It’s an honour to win Brewery of the Year in a room with so many of our colleagues and friends, and we’d like to thank our whole team for their hard work and dedication over the years.”

Beyond the main prize, Williams Bros also took Gold in the Lager & IPA Categories, after blind taste testing by a panel of experts.

“It really means a lot to see Caesar Augustus, one of our long standing and established beers get such recognition in the classic Lager category,” added Scott’s nephew Chris, who works closely alongside him.

Chris continued: “We’re blown away that Tin Man, a relatively new beer to our range, beat off strong competition to take Gold in the IPA category. The fact that both these beers are widely available on draft in the On Trade and in 500ml Tall Boy cans in the Off Trade means that most people should be able to try them and see what they think for themselves.”

Williams Bros has been at the heart of the Scottish Craft Beer scene for more than 30 years. It offers contract brewing and packing facilities to many established and up-and-coming businesses across the land.

Isle of Ale festival comes back to Lidl