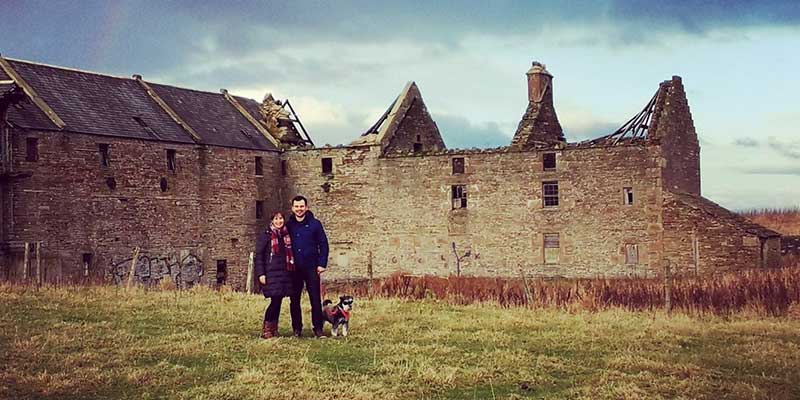 Production is hoped to start in summer 2024, with a whisky style lighter and fruitier than many traditional Scottish drams. The taste profile will reflect the distillery’s distinctive coastal location at the northernmost tip of the UK mainland.

The 200-year-old building has been disused for 30 years, and Dunnet Bay has launched a trio of early bird opportunities for whisky fans to help fund its restoration.

Investors can pre-order a 250-litre cask of Stannergill for £4,750, with 200 available via the Whisky Hammer. A limited number of 200-litre casks will be available at a higher price later.

For those who don’t have the best part of five grand to spare, membership of the 1818 Society is available for £750. In a nod to the original grain mill’s construction date, the first release of Stannergill will be named ‘The 1818’ and exclusively sent to Society members. As part of the package, members will also receive their choice of a brooch or pin, hand made using stone from the mill by a local jewellery designer.

Whisky lovers of more modest means can also sponsor a roof tile for £40, and also receive a certificate and commemorative Caithness flagstone.

Like sister brands, Rock Rose Gin and Holy Grass Vodka, Stannergill Whisky will be made to sustainable principles with local provenance at its heart. The company is working with local farmers to decide on the cultivation of a specially commissioned heritage barley offering price stability to the farmers for this crop.

There will be a specially designed stills made to the company’s specification. Bourbon casks from the US and sherry casks from Spain will be employed to mature the spirt.

In line with Dunnet Bay’s eco-friendly ethos, the new distillery will be powered by green electricity and local sourcing will be used where possible.

Pricing has yet to be revealed but Stannergill is expected to be a super-premium or ultra-premium whisky.