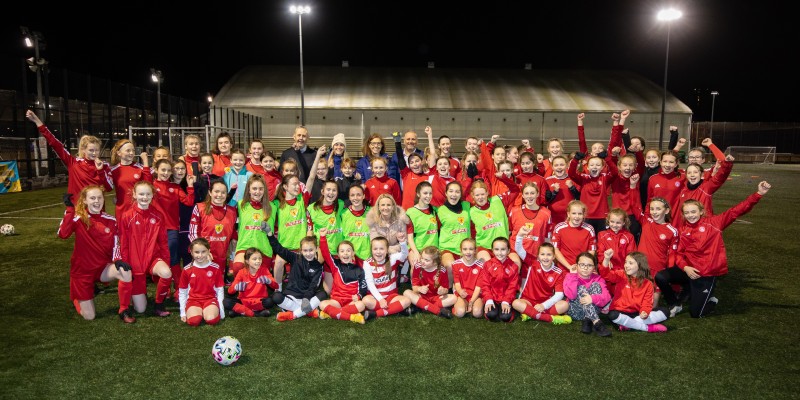 The competition is designed to encourage girls between the ages of 12-16-years-old to take part and build on the positive momentum in women’s football generated by the success of the Scotland Women’s National Team.

Registration is open for girls in S1 to S4 right across Scotland. Teams of seven can compete against each other in local rounds throughout February and March.  The competition then moves to regional rounds with a national finals day planned for a date later in the year.

Colin McLean, Chief Executive of Spar Scotland, said: “Our partnership with the Scottish Football Association on the Future Stars Tournament is intrinsically linked to our company. We are a family business supporting Spar stores in communities all over Scotland. We are passionate about sport and the benefits it brings in terms of healthy lifestyles and look forward to giving girls passionate about football the opportunity to play at a major Scottish stadium in the Future Stars Tournament Final.”

Fiona McIntyre, Scottish FA Head of Girls’ and Women’s Football, added: “We are excited to see the Future Stars tournament back up and running. It was tough to see so many young people miss out on these things during the pandemic, so I think we’re all looking forward to making up for lost time. We remain extremely grateful to Spar Scotland for their support, and they share our enthusiasm for the competition and what it represents.

“It was great to see 17-year old Rachel Johnstone recently win her first senior Scotland call-up for the Pinatar Cup and watching her meet new team-mates that she’d looked up to and watched play in a World Cup was a special moment. You could see what it meant to her. Who knows? The next Rachael Johnstone could be playing in the Future Stars Tournament. Whether those playing are inspired and want to follow in her footsteps one day, or just enjoy a fun, safe environment to show off their skills, I’m glad they’ll have that platform again.”

To find out more and register visit the Scottish FA website.