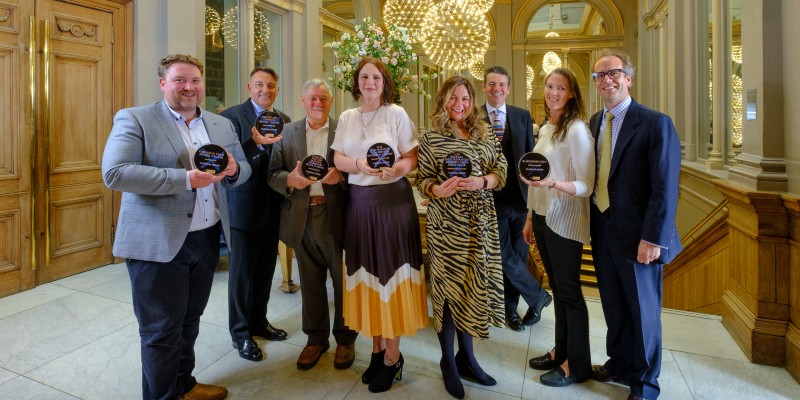 The winners of the Scottish Retail Food and Drink Awards 2022 were revealed at a celebratory lunch at The Corinthian in Glasgow on 31 May.

The event saw products from all four corners of Scotland recognised, culminating in six winning our coveted Platinum Awards.

Created to help get more of Scotland’s fantastic food and drink products onto more Scottish retail shelves, the SRFDAs are now in their second year with entries up by more than 30% this time around.

More than 50 expert judges from all disciplines judged hundreds of products over an intense month-long period.

Every product which received a Gold Award was then eligible to be considered for Platinum status. The Platinum Awards were judged in an extended full-day session, also held at The Corinthian.

Bruce Langlands, the former head of food and drink at both Harrods and Selfridges, was chair of the Platinum judging panel. He commented: “I’ve been in this industry for over 30 years, and I’ve seen a good few products cross my desk in that time, but I can honestly say the I’ve seen some of the most impressive products I’ve ever seen during the judging for this year’s SRFDAs.

“The standards that are being set are quite phenomenal and Scotland’s food and drink sector is clearly in very good hands.”

SRFDA entries up over 30% on last year