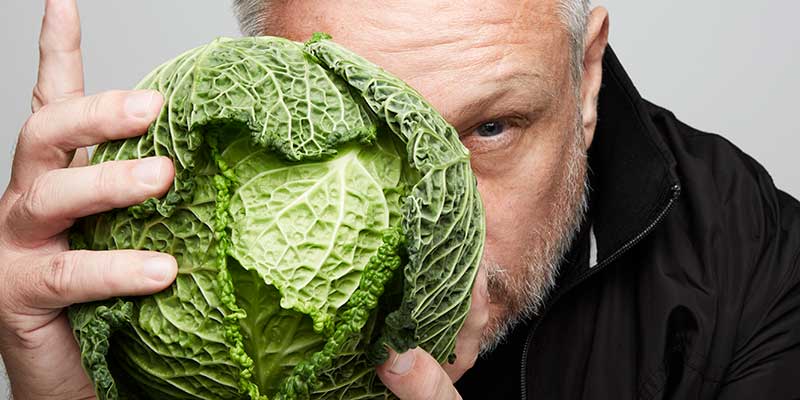 Food waste is a vexing problem for everyone, not least producers, and now celebrity photographer Rankin has turned his lens on the issue as COP26 begins in Glasgow.

Taking him and his team over two weeks to create, the unusual images feature a variety of ingredients including pancakes, cucumbers, strawberries and loaves of bread, and were shot to protest the hidden and hugely dangerous impact food waste has on climate change.

Rankin is now calling on Scots to snap into action and filter their food waste as they would single-use plastics, with YouGov research revealing that 86% of us are unaware of the impact that throwing away food has on the environment.

Rankin commented: “Like many people, I had no idea that food waste is a bigger contributor to climate change than plastic. It’s quite literally feeding an epidemic that’s killing our planet.

“It’s time we viewed food waste through the same, if not a more dangerous lens, than single-use plastics.

“Shooting the plastic bottles out of food waste is my way of bringing this misconception into focus, especially when the solution is simple – just reduce the amount of food you throw away.”

Shot in collaboration with Zero Waste Scotland, the images are now set to appear across Glasgow as part of an open air photography trail that will coincide with COP26 landing in the city.

Iain Gulland, Chief Executive at Zero Waste Scotland, said: “The sea change in attitudes to plastic over the last few years has been one of the most dramatic shifts in public consciousness around the environment we’ve ever seen. The same shift now needs to happen for food waste.

“Our research shows that most Scots think they are doing what they can for climate change, but the majority are unaware of the massive impact of food waste.

“We know people want to do their bit for the environment so our message is this – the easiest way you can fight climate change is by reducing the amount of food you waste. It’s as simple as that.”

Visit the Zero Waste Scotland website for more information on the impacts of food waste.