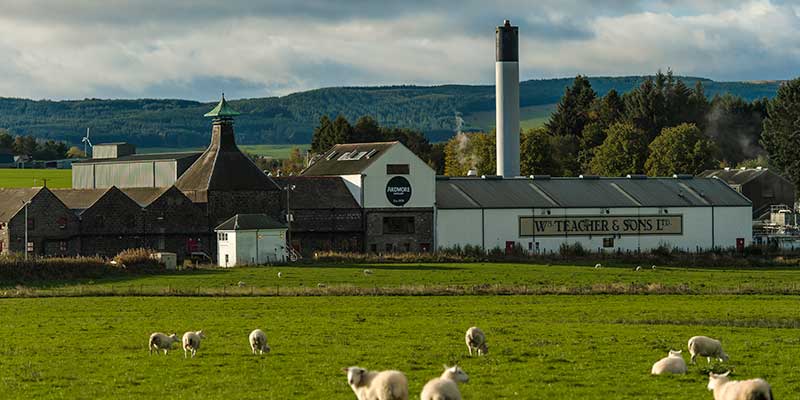 As the COP26 conference gets underway in Glasgow, data tracking the Scotch Whisky industry’s Sustainability Strategy has revealed the sector has cut greenhouse gas emissions by more than 50% since 2008.

The latest data also details that almost 40% of all energy used by producers is obtained from non-fossil fuel sources, compared to 28% in 2018. Collaboration, sharing of knowledge and expertise, and harnessing innovative technologies have been key in achieving these successes.

Karen Betts, Chief Executive of the Scotch Whisky Association (SWA) said: “These are very encouraging figures. We still clearly have progress to make, but we are determined to reach our 2040 net zero target across the whole industry, not least as the future of one of Scotland’s most historic and successful industries depends on it, as do the people we employ and the communities in which we are based.

“As we face this next, decisive decade Scotch Whisky distillers are redoubling their collaborative efforts not only to reverse the impacts of climate change but to ensure that our industry makes an overall positive impact on the environment around us.”

The partnership, which was approved by the UN High Level Climate Action Champions, recognises the Scotch Whisky industry’s commitment to robust net zero criteria in line with globally halving emissions by 2030.

As well as cutting greenhouse gas emissions, the industry has pledged to use water responsibly, ensure by 2025 all new packaging will be reusable, recyclable or compostable, and play an active role in the wider conservation and restoration of Scotland’s peatland.

Welcoming the advance made by the industry First Minister Nicola Sturgeon said: “We are committed to achieving net zero by 2045, and since 2008 we have decarbonised faster than any other country in the G20.

“So it is fitting that producers of Scotch whisky, one of our most internationally renowned products, have taken similarly ambitious steps to halve their emissions and adopt renewable energy, and I commend the industry for leading by example and for their membership of Race to Zero.”