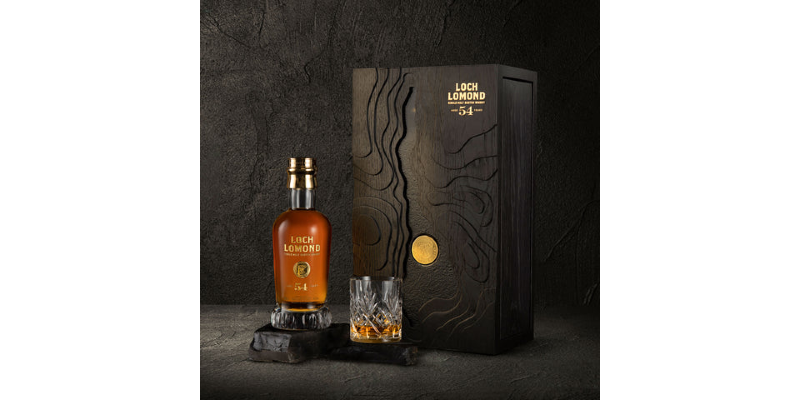 Loch Lomond has released one of its rarest single malts, the 54 Year Old Single Malt whisky, which is also the brand’s oldest one yet.

Inspired by the iconic Loch Lomond national park  it is presented in a Glencairn glass decanter, while the decanter itself is housed in a multi-layered oak box, hand-crafted to represent the contours of the area.

Distilled in 1967, just one year after the signature Straight Neck Stills began production in 1966, Loch Lomond 54 Year Old Single Malt Whisky has been crafted from unpeated malted barley and collected at high strength.

The single malt was originally matured in a refill American Oak hogshead before being recasked into a refill European oak sherry hogshead in 1994.

It boasts notes of crème caramel, vanilla pods, brown sugar and toasted oak, orange peel and marmalade on the nose, along with fruit, tart pineapple and lemon citrus with honey and dried fruit sweetness on the palate.