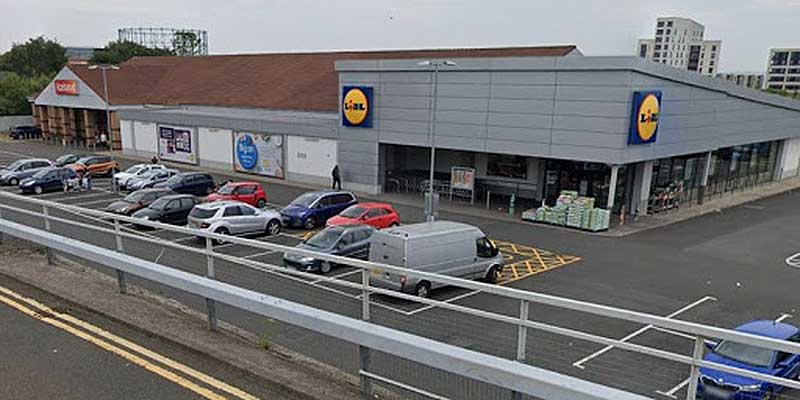 Lidl is set to unveil its largest store in Scotland, with doors opening next week on Edinburgh’s Granton Road.

Originally opened in 1995, the Granton Road store was Lidl’s original and first Edinburgh site, and has undergone a significant extension and refurbishment. The new expansion will increase the sales area to 1438sq m making it the retailer’s largest store in Scotland.

The store previously underwent an extension in 2014 but has expanded once again to meet the needs of the current local community and prepare for the future Granton Waterfront regeneration project, which will bring 3,500 new homes to the area.

To complete the transformation, the store will close on Saturday 3 October at 8pm to allow the final finishing works to take place, with the official reopening at 8am on Thursday 8 October.

During the first week of opening customers will be able to find exclusive deals and offers on selected products including a Vileda vacuum cleaning robot (£49.99) and a Toshiba 43” full HD smart TV (£129), and a Silvercrest stand mixer (£19.99).

The Granton Road store will include all Lidl customer favourites such as the in-store bakery and middle aisle. In addition, it will also be the regional pilot for new display features in the chilled food sections with customers benefitting from larger fridges and an expanded range, including double the chilled fruit and vegetable choice. This new merchandising will then be rolled out to the remaining Edinburgh stores throughout 2021.

Lidl GB’s Regional Head of Property, Gordon Rafferty, commented: “There’s been much anticipation for this expansion to Lidl’s original Edinburgh store. We are extremely grateful for all the support that we have received over the years from the local community and would like to thank everyone for their patience and understanding during the works.”

Lidl have also created a 145sq m unit for lease within the building which they hope to announce a tenant for soon.

The new supermarket forms part of the company’s £1.45bn investment in its expansion across Great Britain in 2019 and 2020. Lidl now has over 100 stores in Scotland and opened a new Retail Distribution Centre in Motherwell in late 2019.