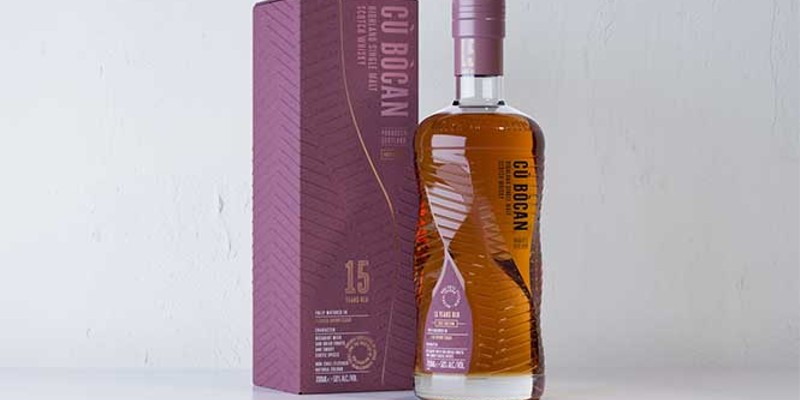 The 15 Year Old has been fully matured in Oloroso Sherry casks for a minimum of 15 years and is bottled at 50% ABV. This 2022 Edition is the first in a series of planned annual batch releases.

The experimental Highland Single Malt is distilled every winter at Tomatin Distillery in limited batches and made with lightly peated Scottish barley for its signature wisp of smoke. In late 2005, after Tomatin had achieved its annual production quota, the Distillery Manager at the time brought in a load of lightly peated barley allowing the distillery to produce its own peated spirit for the last week of the year.

This production coincided with incredibly low water temperatures and resulted in a slightly oilier mouthfeel in the new-make spirit. The distillery continued to produce Cù Bòcan in small batches every winter since, and the new release features some of the first lightly peated spirit to be laid down in casks.

Sales Director Graham Nicolson commented: “This whisky takes us back to where it all began, when we first started producing lightly peated spirit in the midst of winter back in 2005. This release is a celebration of how far we have come since then, and a nod to all the exciting plans we have in store for Cù Bòcan, opening up the world of lightly peated whisky.”