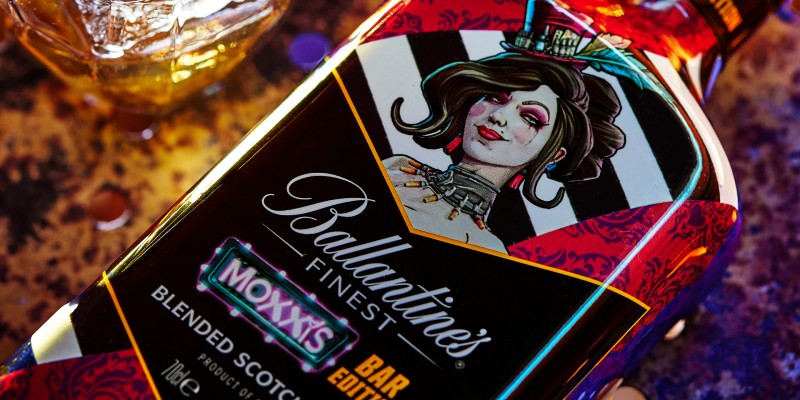 Pernod-Ricard brand Ballantine’s has tied up with video game software company Gearbox to promote the whisky brand “into the gaming stratosphere”.

The move has been described as the first step in a “long-term” partnership between Ballantine’s and the Borderlands franchise, with more to be announced this year.

The expression will be available first in the virtual world of Pandora and later across selected retailers.

Those who purchase a bottle will get access to exclusive Borderlands 3 content, while the fictional character Moxxi has been named ‘Chief Galactic Expansion Officer’ on the platform, with the aim of promoting the brand.

Among the initiatives she will undertake will be promoting the limited range, along with promoting responsible drinking via a special, personalized cameo-filled message live from Pandora.

Ballantine’s Marketing Director Mathieu Deslandes said: “We’ve been following Moxxi’s adventures in Pandora for some time now and are delighted to have such an infamous entrepreneur on board.

“Her handling of the Heist of the Handsome Jackpot was second to none and her impressive hostessing of the Underdome Riot is not easily forgotten. I have no doubt Moxxi will help catapult Ballantine’s to galactic heights and encourage Vault Hunters to stay true to themselves.”