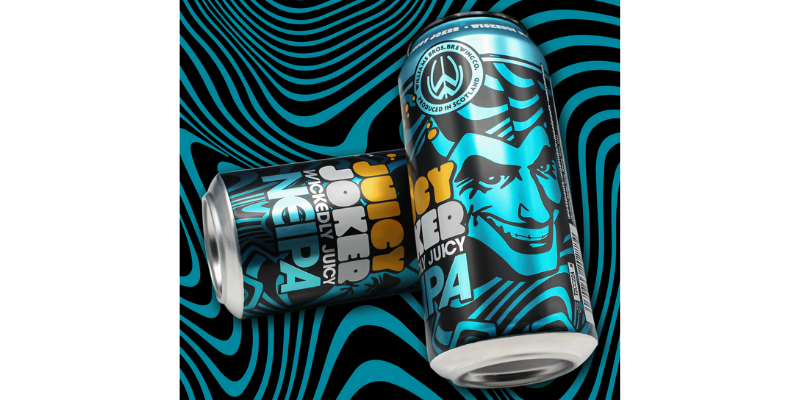 The Juicy Joker will be available in 440ml cans and on draught, capitalising on recent growth of the NEIPAs in the UK.

The new beer will be available alongside Joker and Double Joker at their launch events in Edinburgh and Glasgow.

“We’ve taken the juiciest elements from our current duo of Joker’s and cranked their volume up to 11. Dialing up the juicy hops and introducing more oats and wheat to give it that smooth mouthfeel the style is known for, all while keeping the strength at an easy drinking 5% ABV,” said Chris Williams, Williams Bros. Director.

“There has clearly been a growing thirst for hazy, hoppier beers over the past couple of years and while we have brewed some specials along these lines, there has never been a core beer in our portfolio that ticks these boxes.”