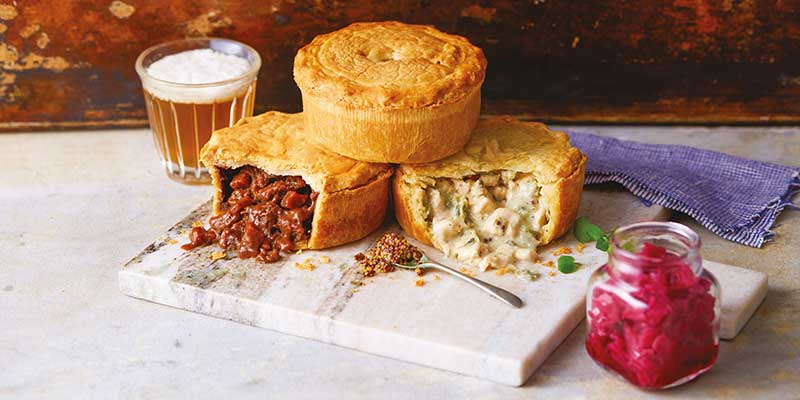 Hap-pie days, its British Pie Week (1 to 7 March) and Aldi has unveiled an award-winning range of Scottish pies to celebrate.

For the more adventurous, there are Aldi’s Macaroni Pies (2 pack, 99p) and Chicken Curry Pies (2 pack, £1.29), perfect as a mid-afternoon snack.

Or why not indulge in one of Aldi’s award-winning Specially Selected Luxury Pies, including Steak & Ale Pie, Steak & Black Pudding Pie, or Chicken & Leek Pie (250g, £1.99)?

Aldi’s range of Scottish pies is available now from all 96 stores in Scotland. The full range includes: