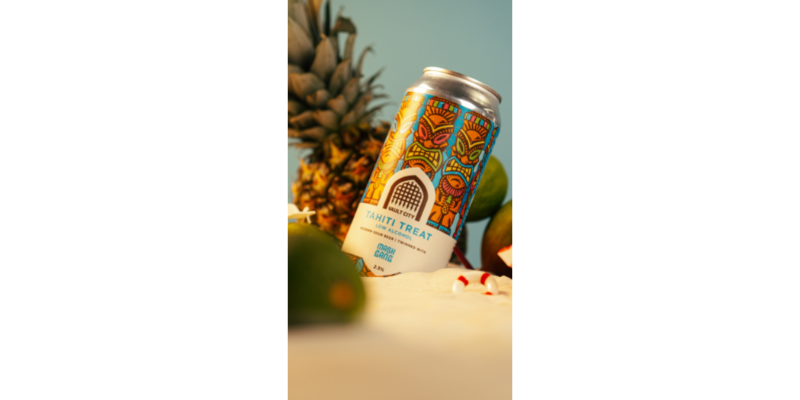 The 2.5% ABV Tahiti Treat beer comes in response to a shift in consumer perception of sour beer, with many turning to it as an ‘easy drinking’ option.

The mango, pineapple, lime, and rum-flavoured sour beer was brewed in collaboration with UK low & no-alcohol producer Mash Gang, and is one of four new flavours released to mark the occasion.

“International Sour Beer Day is like Christmas at Vault City, and it’s even more exciting this year as we continue to grow in overseas markets with fans all over the world,” Steven Smith Hay, Vault City co-founder, said.

“Sour beer has traditionally had a reputation for being strong, and we certainly produce plenty of ‘high-Vaultage’ beer to satisfy that demand, but we’ve also adapted to cater for interest in lower ABV core range offerings, releasing several ‘session sours’, including Cloudy Lemonade (4.2%) and Strawberry Sundae (5%), as well as our supermarket ranges in Tesco and Morrisons.”