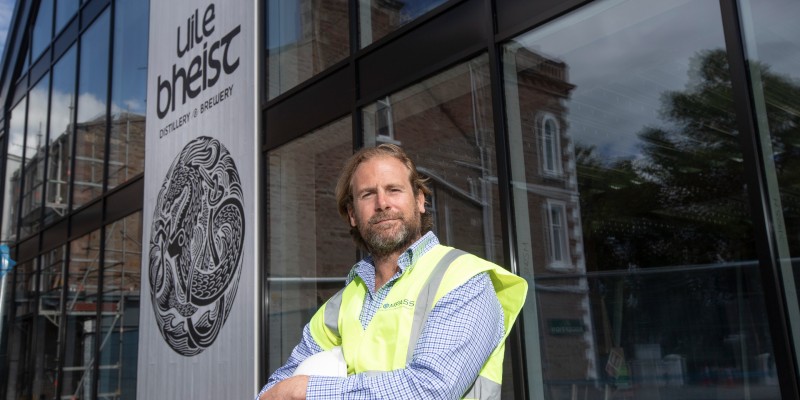 Inverness is set to welcome a new £6m low-carbon distillery and brewery for the first time in nearly 40 years.

Uilebheist distillery, named after the Scots’ Gaelic word for ‘monster’, aims to begin both whisky and beer production this year, with the brewery’s five core beer styles to be available to purchase in late November.

The Uilebheist Highland Single Malt Scotch Whisky will be created as the core whisky product and released once matured, as will rare cask finishes and single cask bottlings in the years ahead.

The distillery, opening at the end of this year, is expected to be one of the lowest carbon distilleries in the country.

Onsite heat pumps within the adjoined sustainability centre, powered by the water from the River Ness, will provide heating and hot water, which is also distributed throughout the Glen Mhor Hotel complex.

The process is thought to be the first of its kind in Scotland and further development stages are planned to expand the site.

Uilebheist owner, Jon Erasmus, said: “The very foundations of this project were born from Scottish myth and legend. We wanted to create something unique to the area, with the distillery, and brewery both powered by the famous River Ness.

“Creating both beer and whisky simultaneously will allow us to offer an immediate product and whilst we wait for the whisky to reach maturity, there will be an opportunity to own one of a limited number of casks of the Uilebheist Single Malt Whisky distilled in the first year of production, through our cask programme.”