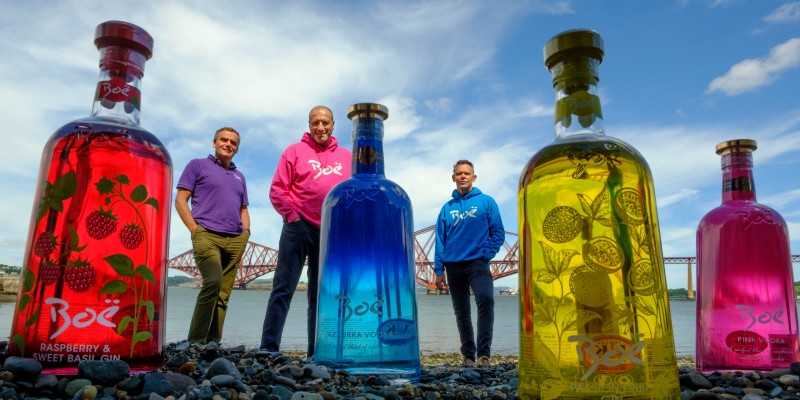 House of Boe is to introduce its first brand home and experiential retail outlet as it has set an annual sales target of £10m for 2022/23.

The Stirling-based gin and vodka producer plans to open the retail store in July in South Queensferry, Edinburgh, following the success of a pop-up shop on the site of a former bank during the pandemic.

To mark the launch, the brand has unveiled its first limited-edition Queensferry Collection gins.

Only 1,000 bottles of the Oriental spice-influenced spirit will be available, and will be initially sold exclusively sold at the South Queensferry store.

House of Boe Director Andrew Richardson said: “We have been investing in our business with the launch of new flavoured gins and vodkas and growing our employee numbers.

“We’re now in a strong position to open our first brand home in South Queensferry, in which we have already invested more than £200,000. This a major step for us and a sign of our confidence in future growth. We’re sure locals and visitors to the area will see our venue as a destination of choice.”

The business has a head count of 15 – with 10 in Scotland and five in England – following a recruitment drive, including the appointment of a salesperson to manage relationships with large supermarket chains across the UK.

It is taking on a retail manager and other staff for its South Queensferry venue.

As well as launching new flavoured gins and diversifying into flavoured vodkas, it has recently started offering its products in pre-mixed in cans, with their calorie content clearly labelled.