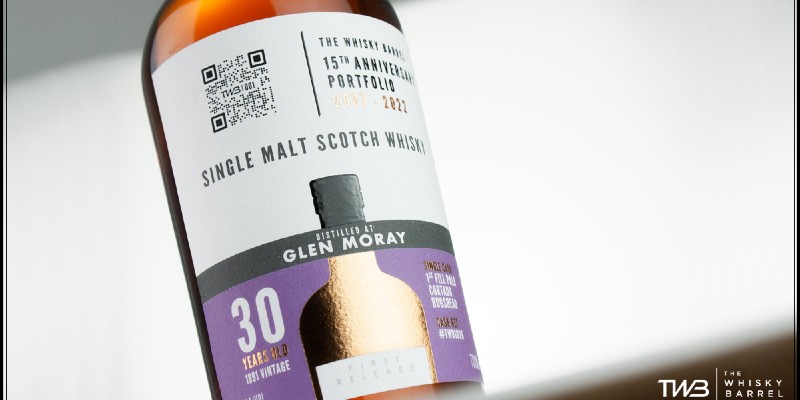 Fife-based The Whisky Barrel has launched a new Portfolio whisky series to mark its 15th anniversary, with the first release boasting a Digital Provenance Certificate.

Claimed to be a first for a Scotch whisky single-malt collection, the NFT certification uses blockchain technology to verify the authenticity and provenance of the Glen Moray 30 Year Old 1991 Vintage.

Each bottle in the Portfolio series has its own Digital Provenance Certificate, which is transferred to the new owner when the bottle is delivered to them.

The Whisky Barrel teamed up with Scottish blockchain consultancy firm CD Corp to secure the digital provenance certificate, which provides a secure record of ownership linked to every bottle.

The technology works by scanning the bottle’s QR code with a smartphone, while digital proof ownership is transferred when the bottle is delivered to the shopper.

The certificate can also be used in the marketplace, with owners able to trade it with the corresponding bottle or trade the bottle and transfer the digital ownership to the new owner.

“Provenance is everything,” the company said. “Knowing the history and ownership of a Scotch whisky underpins the culture of the worlds most exclusive premium spirit.

“Our process of authentication is the first of its kind for the Scotch Whisky industry, and silences the menace of counterfeiting Scotch to ensure that the most important aspect of Scotch; its provenance, can be verified using a smartphone in seconds.”