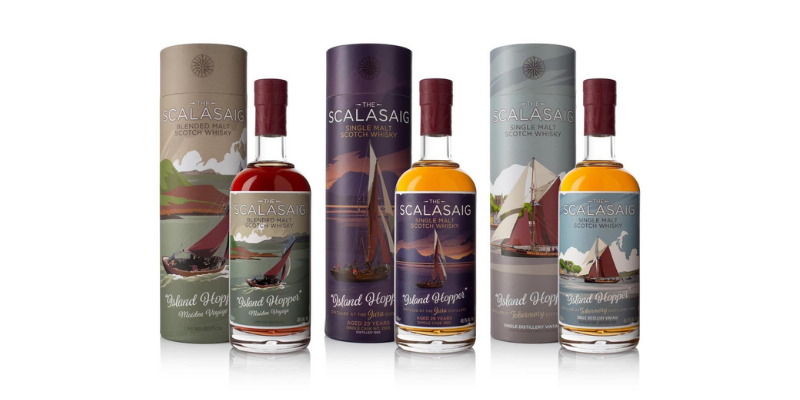 Scalasaig Island Hopper will see the addition of the Jura 1992 Single Cask and the Tobermory 2013 Single Distillery Vintage.

Four casks were distilled and filled at Tobermory, vatted at seven years of age and finished for a further 15 months in the same Oloroso Sherry Hogsheads, where the blended malt was aged, to create the spirit.

“After an unfortunately timed launch two years ago (just as the world went into lockdown) and the significant logistical challenges that followed, we persevered and I’m delighted to finally see the current Scalasaig ‘Island Hopper’ Scotch Whisky line-up in all its maritime-themed glory,” Colonsay Beverages Director Keith Bonnington said.

“Much more to come from this great little brand, voyaging across the Scottish islands and along its coastlines, searching out liquid treasures for our bottlings.”