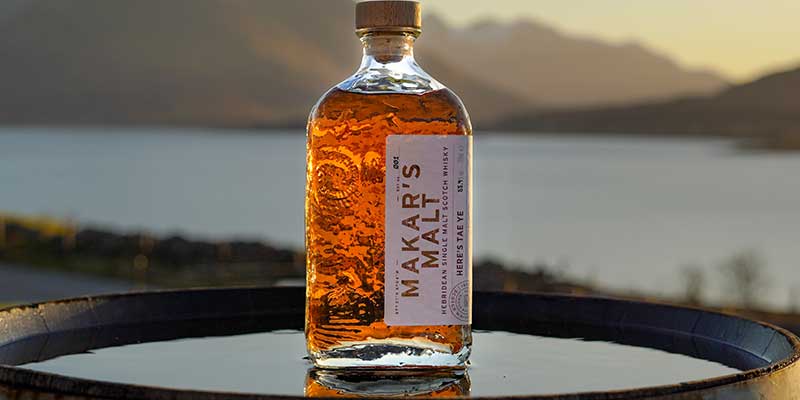 A commemorative charity bottling of Scotch, complete with a poem specially written for International Women’s Day, sold out within hours of going on sale.

Released at midnight on International Women’s Day (8 March), all 327 bottles of the limited edition were soon snapped up online.

Isle of Raasay Distillery in the Inner Hebrides was selected by the Makar to create and bottle the commemorative single malt. The distillery worked closely with the Makar to choose a special single cask bottling, and a poem written by Kay and titled ‘Here’s Tae Ye!’ features on the bottle’s label.

For every bottle sold, 10% of the proceeds will be donated to Glasgow’s Women’s Library, a charity chosen by Kay. As well lending books, the library is a treasure trove of information about women’s lives dating back to the 1930s.

The Makar’s Malt has been released in what is hoped will be the start of a new tradition for future Scots Makars. In 2016, Kay became the third Makar to have been appointed by the Scottish Government. Her tenure ends in March 2021.

Jackie Kay, Scots Makar, said: “I am so delighted to raise a glass of my very own malt to all the women that have made my life possible on March the 8th, International Women’s Day. It is a dream dram come true for me, making some kind of alchemy. Poetry and whisky.”

23 is the magic number for Tobermory