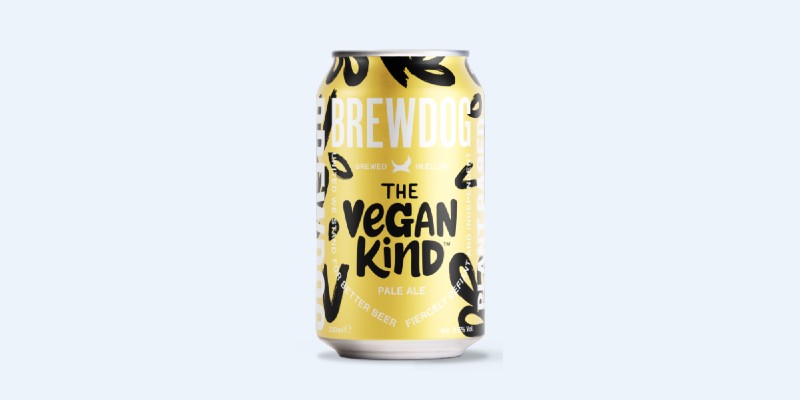 The limited-edition beer comes in 330ml cans carrying both BrewDog and The Vegan Kind branding, and will be included in BrewDog & Friends subscription box that will ship to customers in February.

Commenting on the collaboration with The Vegan Kind, BrewDog, said: “Pioneers of plant-based groceries, hellbent on making the vegan lifestyle accessible for all. From daily essentials to luxury items, meat-free food to ethical fashion, they’ve got a wealth of products from some of the most sustainable brands in the world.”

The Vegan Kind CEO Scott McCulloch said: “We know that BrewDog community are deeply passionate about our planet and making carbon-conscious choices with their food and drink, so we are really excited to collaborate.

“With a plant-based diet being reported to reduce your carbon footprint from food by up to 73%, we hope fans of BrewDog can join in on the TVK mission to Make Plant-Based Living Effortless.”