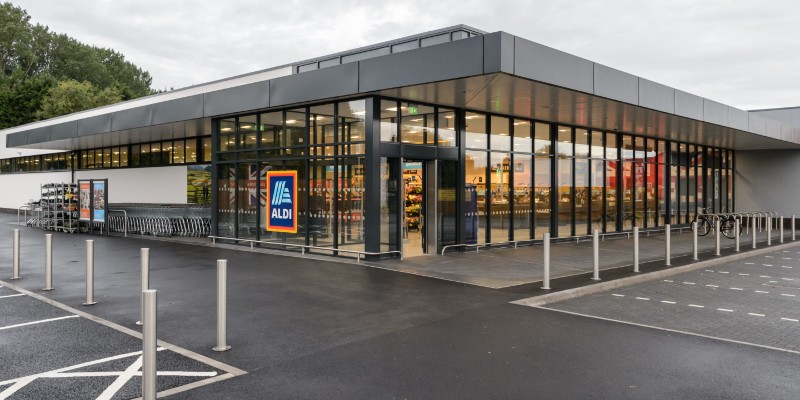 Aldi is set to invest £35m in Scotland in 2023, including £10m to open new stores in Cumbernauld and Coatbridge.

In addition to the new stores, the supermarket has also committed an additional £5 million in funding to upgrade its existing stores under its ‘Project Fresh’ initiative.

The new layout offers increased space for the retailer’s Scottish range, including fresh meat and fish, bread and cakes and award-winning beers and spirits, as well as an improved Food to Go section. The format has been created to make shopping easier for customers with increased space and clearer signage.

In addition, the retailer will invest £20m to prepare for the roll-out of the Deposit Return Scheme, which will launch in August 2023.

“As we look to the New Year, our growth plan continues to be realised, with more stores and further investment in Scotland to reach more customers than ever before,” Richard Holloway, Regional Managing Director, Aldi Scotland, said.

The supermarket will also continue to support its local community initiatives with the return of its Scottish Sports Fund which has, to date, donated over £340,000 to local sports clubs.

Supermarket Sweep will also return for its eighth year, giving customers a chance to dash through the aisles of the store in a nostalgic take on the 90s show, all while supporting local food banks.