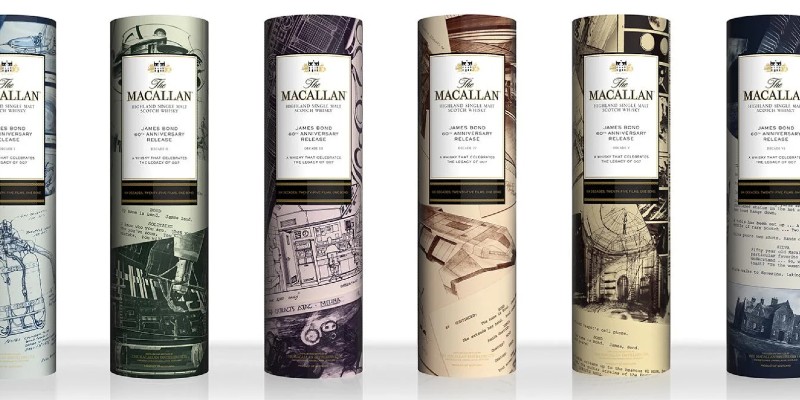 The Macallan has unveiled its James Bond 60th Anniversary release, inspired by each of the six decades of Bond.

Comprising six limited-edition bottles, the series aims to tell the story of innovation spanning over 60 years, with the packaging of each bottle featuring an original design and colour to denote the decade it represents.

The single malt, developed by Master Whisky Maker  Kirsteen Campbell, has a natural colour of Suisse gold and an ABV of 43.7%, as a homage to James Bond’s agent number, 007.

“This October, James Bond will celebrate its 60th Anniversary, making it the longest running and one of the most loved franchises in the world of entertainment, comprising 25 films over six decades and six lead actors over time,” Jaume Ferras, The Macallan Global Creative Director, said.

“The Macallan is James Bond’s whisky of choice and as two renowned global brands, we share many synergies, most notably as modern innovators linked by our Scottish heritage.”

The Macallan rolls out fresh edition of Harmony Collection

Nothing but Nettie: The Macallan celebrates inspirational former boss