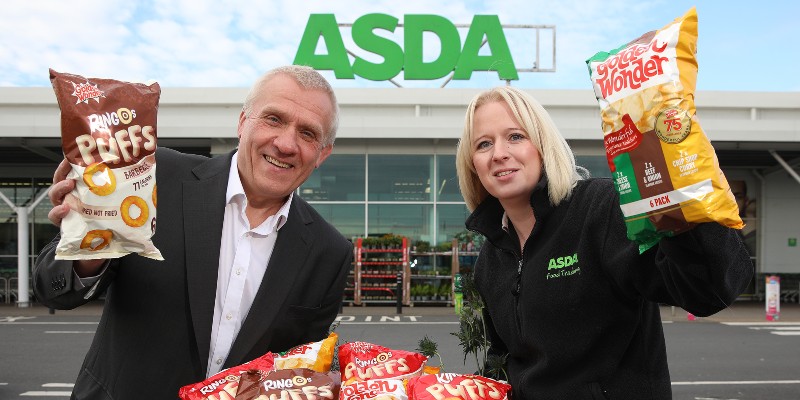 Armagh-based Tayto Group has secured a deal with Asda to list three additional lines of crisps, including two new products, in 50 of the retailer’s stores across Scotland.

Cathy Elliott, Asda’s Buying Manager for NI Local added: “The commitment of Tayto in celebrating the 75th anniversary of Golden Wonder with nostalgic flavours is something we are very excited to be able to offer our Asda shoppers in Scotland. We are also delighted to offer additional variety with a healthier snack option that is lower in fat, salt and sugar.”