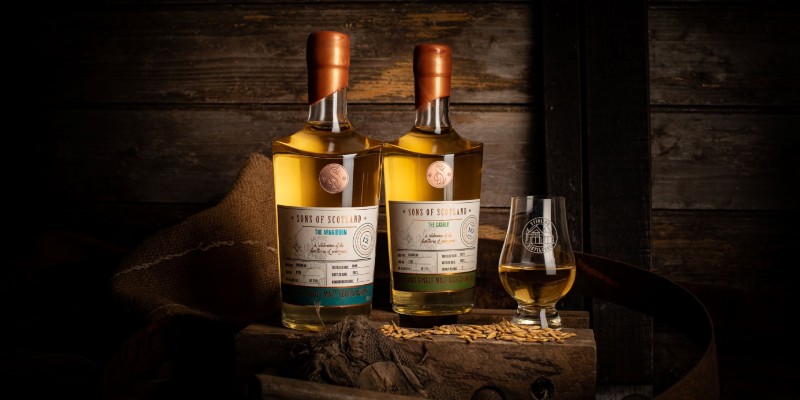 Stirling Distillery has unveiled its second release of its single cask Sons of Scotland whiskies.

The first instalment debuted in January 2021, drawing on co-founder Cameron McCann’s past career working in the whisky industry and running whisky shops in Sterling.

The Sons of Scotland range are named after Stirlingshire distillers which were in operation in the 18th and early 19th century – namely Cashly, Cambusbarron, Stoneywood and Arngibbon.

The line now features four whiskies drawn from different regions of Scotland: the Highlands, Speyside, the Lowlands, and the Islands.

The Cashly is a 10yo Highland malt with a slightly peaty flavour, while the Arngibbon is a 12yo coming from Speyside, boasting a sherry flavour.

The second collection of casks marks the distillery’s intention in the whisky market, as it is set to begin its own new-make spirit in the second half of 2022, releasing its first single malt in 2027.

What’s more, Stirling Distillery will be launching private cask sales in the near future.

Co-founder June McCann noted: “It has been a dream of ours for many years to be able to make our own whisky in one of the world’s most historic locations.

“We are very much looking forward to the next part of our journey as a distillery.”