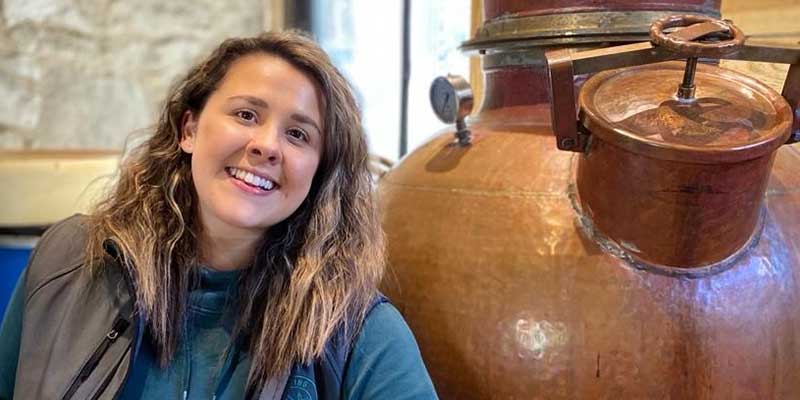 Lisa returns to Stirling Distillery after working for the family-run business in 2017 and 2018. She held a variety of roles including e-marketing, bottling and labelling, and managing gin sales. Lisa worked at the annual Stirling Gin festival and Whisky Festival as well as supporting intimate private functions.

With years of experience working in the drinks industry including with Bruichladdich and Eden Mill distilleries, Lisa is now working on a new-make spirit for Stirling Distillery’s new line of whisky.

Speaking about her appointment, she said: “Stirling Distillery has always felt like home to me so I’m excited to be back in the team and starting on this whisky journey with them. I love the focus they have on celebrating Stirlingshire history and how they integrate it into their spirits and packaging. It’s an honour to be part of the team and at a very exciting time for Stirling Distillery as they expand into whisky production.”

The distillery launched its limited-edition Sons of Scotland whisky range in January 2021 and plans to start whisky production this November. Casks will be available later in the year for whisky enthusiasts to pre-purchase. These will be limited in number and offered on a first-come first-served basis.