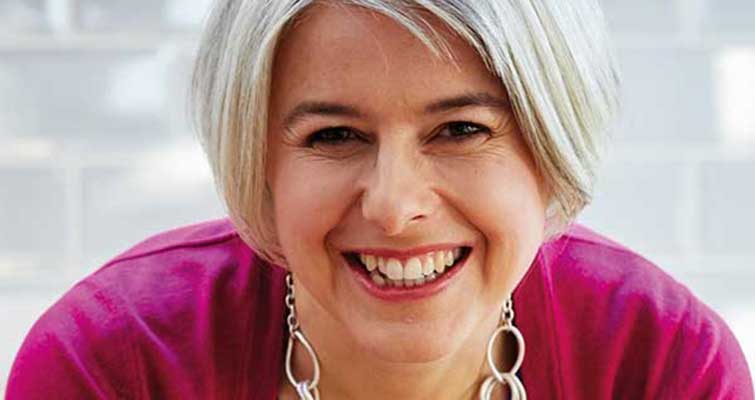 When we first began looking for judges for the inaugural Scottish Food & Drink Retail Awards, we were keen to find people with a range of skills, expertise, passions and life experiences. We particularly wanted to unearth judges with deep expertise in the food and drink sector but ideally also with a personal understanding of what it’s like to actually create a product and build a brand from scratch in Scotland. Step forward Lucinda Bruce-Gardyne, the woman who created Genius Foods, now the UK’s leading gluten-free bread brand.

Since graduating with a Physiology degree, Lucinda has spent her entire career working with food. After training at Leiths School of Food and Wine and the Michelin-starred Bibendum Restaurant, she ran a successful catering company before returning to Leiths to teach. There, she co-authored the award winning Leiths Techniques Bible, focusing on the functionality of mainstream ingredients and cooking techniques.

It was while working on a second recipe book, however, that Lucinda stumbled across one particular challenge that would change the course of her life. “My sons were diagnosed with a severe dairy allergy and gluten intolerance so I began working on a book called ‘How to Cook for Food Allergies’, developing recipes that replaced ingredients that frequently cause allergies.” she explains.

“As a scientist and chef and author, I had a lot of experience with producing recipes so I it was a fairly straightforward task for me, with one notable exception: a gluten-free bread. It was the one recipe that I just couldn’t get right.”

At the heart of this challenge is the fact that, broadly speaking, bread is composed of 50% wheat and 50% water. “If you remove the wheat, you’re left with a glass of water,” laughs Lucinda.

“So I started experimenting in my kitchen at home with gluten-free flours that I would buy in my local health food shops in Edinburgh. I tried blending them in all sorts of combinations, sometimes with as few as one or two and sometimes with up to 14 different flours. It’s a really tricky challenge.”

So tricky was it, in fact, that it took Lucinda around two gruelling years of trial and error – and using her sons as taste testers! – before she found a recipe that really and truly worked just as she wanted it to.

It’s worth noting that this all occurred from around 2005 and gluten-free bread certainly wasn’t ‘a thing’ back then. You couldn’t just walk into Tesco and buy a gluten-free loaf. But all that was about to change.

“After all that work, I knew that I had created a product that filled a gap in the market and I decided to take my idea to the next level,” she explains. “So I went to the largest gluten-free baker in the UK – who happened to be just along the road in Bathgate, and we then spent another year getting the product right at commercial-scale production levels. It’s one thing to bake a brilliant gluten-free loaf in your kitchen but it’s an entirely different thing to bake them in 200kg batches.”

All the work eventually paid off, however, and Lucinda was finally able to take her product to market. One of her first visits was to Tesco. “They absolutely jumped at it,” recalls Lucinda. “And in no time we were supplying 700 Tesco stores across the UK! Scaling up that quickly was a massive challenge as we had never anticipated getting such a big order so soon – but we managed it!”

And the rest, as they say, is history. Genius is now the UK’s biggest gluten-free bread brand and also sells its innovative products globally. Lucinda sits on the Genius Board and continues to pioneer mainstream, tasty gluten-free products.

So, as someone who has been there and done that and bought the t-shirt, what advice does she offer to small food and drink producers keen to follow in her pioneering footsteps?

“Firstly, you have be 100% sure that you have identified a genuine gap in the market,” she advises. “If you’re going to dedicate huge amounts of your time and energy to developing a product, you have to be absolutely sure that people will want to buy it.”

Secondly, Lucinda encourages small producers to get as many people as possible to try your product and give you feedback. “The more people that try your product and the more feedback you get the better,” she says. “And listen to them when they give you comments. Listen carefully. It’s one of the most effective ways of working out whether people will actually buy your product or not.”

Also, be very careful with your creation. She comments: “If you’ve got a brilliant new product, keep it to yourself. Don’t be tempted to share the idea with anyone before you’ve got it finished and on the market. If you have to go to a manufacturer or retailer at some point, only give them the minimum of information on how your product is made. Give them the finished blend, not the ingredients list and recipe. Protect your creation as much as you possibly can – and don’t undervalue the time and energy and passion you’ve put into your new product.”