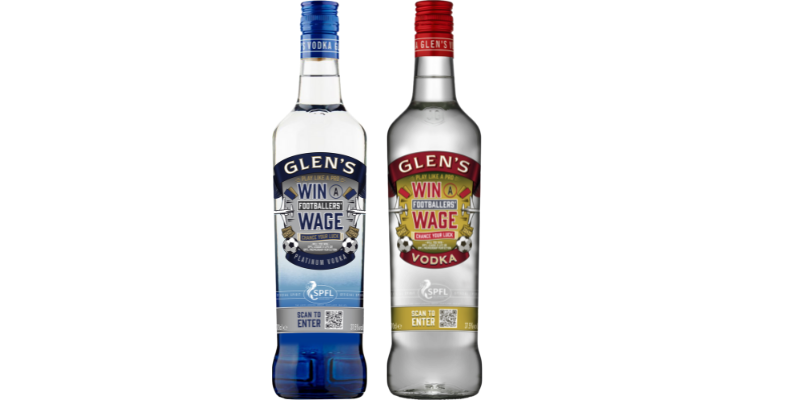 The ‘Paid Like a Pro’ campaign can be found on Glen’s Original Vodka and Glen’s Platinum 70cl and 1-litre bottles, available across all Scottish stockists, including Tesco, Sainsbury’s, and Asda, as well as throughout the convenience sector.

Supported by out-of-home, pitch-side and digital advertising worth over £900k, the campaign aims to bring to life the true spirit of Scottish football – from the grassroots game to the Premiership.

Sporting the tagline ‘You don’t have to play like a pro, to get paid like a pro’, the promotion will see consumers be able to scan the unique QR code from each bottle to access the microsite, where they’ll be invited to take part in a series of spot-the-ball challenges.

Between instant wins and big prize draws, over 250 prizes are expected to be won throughout the two-month promotion.

Loch Lomond Group CEO Colin Matthews said: “The ‘Paid Like a Pro’ campaign recognises the breadth of the game and gives a cheeky nod to the vast difference between the pay packet from top league clubs and the smallest clubs in the most remote areas of Scotland, rewarding consumers with a taste of the footballer lifestyle with cash prizes at either end of the scale.

“The game of chance will have people calling into shops throughout the season.”