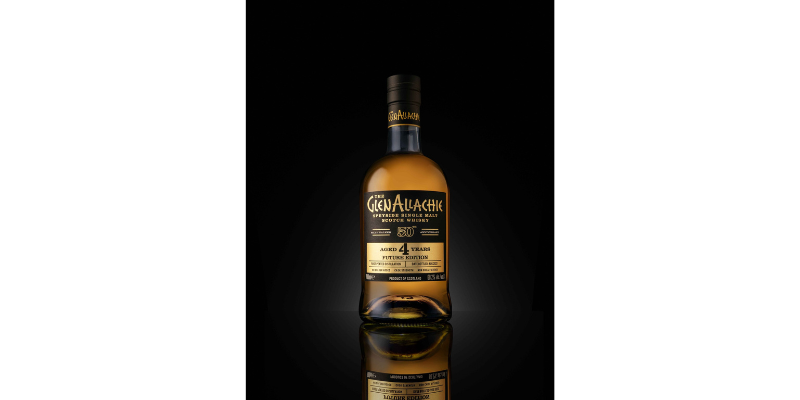 The GlenAllachie Distillers Company has unveiled the last bottling in the celebratory series The Past, Present & Future Series.

The GlenAllachie Billy Walker 50th Anniversary Future Edition 4-year-old peated single malt scotch whisky represents the first whisky bottled by the distillery to have been created under whisky maker Billy Walker since his takeover of the company in 2017 from Diageo.

Matured in former Rye and Bourbon barrels, as well as virgin oak casks, the 4-year-old Scotch whisky was made with mainland peat from St. Fergus, producing sweet and oaky tones.

The barley was kilned to 80ppm (parts per million) offering up flavour characteristics of oak, cinnamon apples and chocolate-covered hazelnuts, alongside puffs of peat smoke.

“The timing of the launch is apt as we celebrate our fifth anniversary of ownership next month,” Walker said. “We are so very fortunate to be steering this great distillery into the future. I think the best is yet to come.”

The GlenAllachie rolls out two whiskies for its core ranges