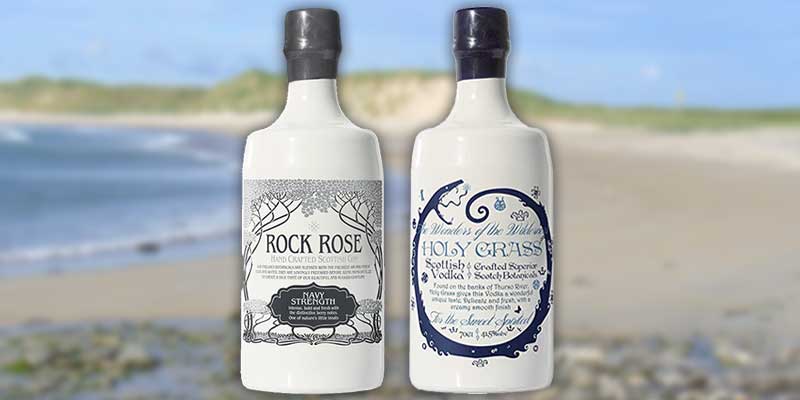 Two spirits from Dunnet Bay Distillers in Scotland have won big on the international stage – one in the World Gin Awards and the other in the World Vodka Awards for 2021.

Holy Grass Vodka was named Country Winner for the UK in the Flavoured Vodka category of the World Vodka Awards 2021.

The judges described the 41.5% ABV vodka as: “Fresh on the nose with fruity body. Notes of pear and orange with touch of grassy character. Well-balanced body and nicely rounded finish.”

Its name derives from Holy Grass, a botanical discovered growing on the banks of the River Thurso near to the distillery, which adds a sweet, aromatic note to the vodka.

Judges had this to say about the 57% ABV gin: “Good peppery complexity here, with orris and angelica root coming through on the palate. It’s hot and spicy but with a nice smooth alcohol element. There are some sweet notes, and some juniper and spice that opens up with some water.”

Martin Murray, co-founder and Director of Dunnet Bay Distillers, said: “We are absolutely thrilled to win these prestigious awards. It is great news for Holy Grass Vodka,  as it really is an undiscovered treasure as yet, which deserves to be more widely known. Our Navy Strength Gin is one of a portfolio of super-premium, multi-award-winning Rock Rose Gins made using botanicals gathered locally on the north coast of Scotland. We are proud to have these additional accolades.”