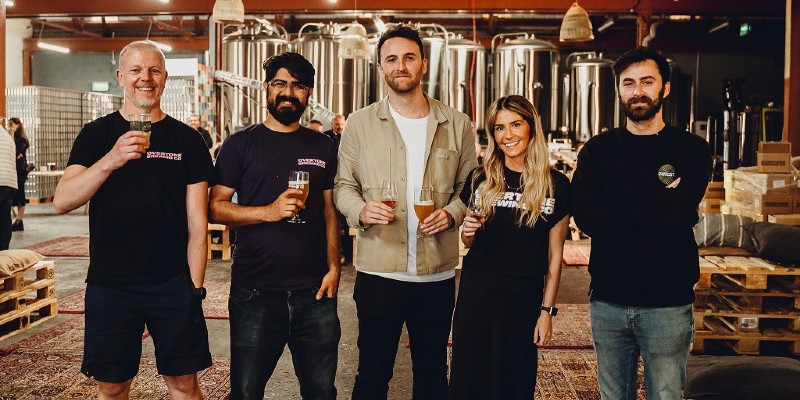 The company partnered with Glasgow’s Overtone Brewing Company, one of Scotland’s experimental craft beer producers, to host an evening to explore craft beer and whisky.

The event saw guest enjoy beer and whisky pairings and an after-hours glimpse behind the scenes on Overtone’s small brewery floor.

A mix of makers, media and craft fans savoured drams, sipped on an array of beers and even had a chance to get creative and dive into the world of design, developing new names and labels for future Overtone beer releases.

Stuart Baxter, Global Whisky Ambassador for anCnoc, said: “We hear the word craft a lot these days, and it’s easy to forget what it really means for true craft makers and the products they make.

“With the Craft Cast we’re on a mission to dig a bit deeper, stepping into the communities of some incredibly skilled craftspeople to explore their world and celebrate the values we have in common over a dram.”

Kayley Barbour, Head of Overtone’s Brand Marketing added: “We’re very grateful to be working with anCnoc as part of their Craft Cast campaign and the event couldn’t have gone better, the brewery has never felt more alive.

“The entire campaign is an amazing opportunity for creative businesses to work together, think outside the box and engage customers in different ways.”

To accompany the Craft Cast campaign, anCnoc has commissioned New York-based Scottish illustrator Peter Arkle to create a suite of hand-drawn illustrations to bring anCnoc’s ‘passion for craft’ to life.